I was born in Falkirk, November 1964. From as far back as I can remember I have been attracted to “mechanical things”.

Before I was old enough to go to school I would watch the lorries trundle past the house. 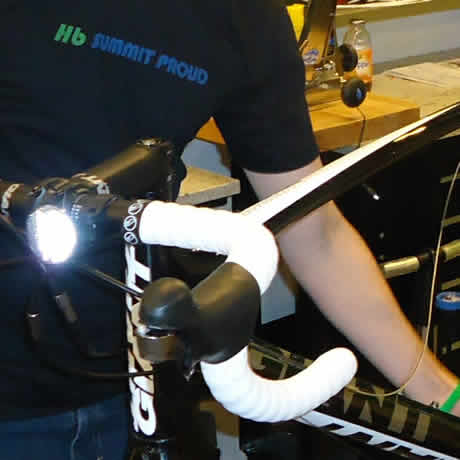 When my parents took me to the fun fair I would sneak round the back of the stalls to study the “old British wagons” favoured by the Showmen.

The wagons and gensets were all Gardner powered in those days. How things have changed!

My first experience with mechanics was with a Meccano set at the age of 6. That progressed rapidly to building wooden bogies out of old prams! I even had an “artic” bogie using a scaffold plank as a trailer!

This evolved to push bikes

My first “real bike” was a Mark 2 Raleigh Chopper in Ultra Violet. I can still remember that Christmas morning.

It was 1972 and I was 8 years old. Have you seen the prices that these Iconic bikes can fetch now? The Sturmey Archer 3 speed “gearbox” impressed me so much.

I ran the Chopper for many years before moving up to a Dawes Double 5. That led to a Dawes Mirage with Reynolds 531 tubing. 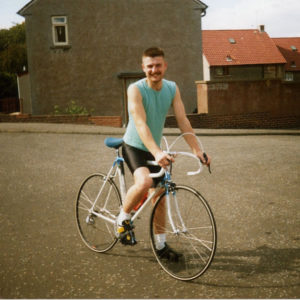 Me, 24-years of age, in 1988, on my Barry Hoban
I then progressed to a Barry Hoban with 531 and Campagnolo groupset. I then ventured into the off road world and bought a Kona Cinder Cone. I still have and use that bike.

As I was growing up I spent a lot of time out on my bike. I loved adjusting and tweaking my bike.

All my friends would give me their bikes to adjust and “fix”. Before I knew it, I was repairing most of the bikes in the village!

I then started buying broken bikes and parts. I would make one bike out of two or three “donor bikes”. I would sell them in the local paper.

When potential buyers came to the house they didn’t expect to be dealing with a 13-year-old! I continued this for a few years and sold dozens of bikes.

When I was about 15 years old I was repairing and servicing my late fathers driving school car. I fitted the dual controls when he renewed his cars.

Points and condensers were state of the art then. Again, how things have changed!

I began my apprenticeship in 1982 as an HGV mechanic at the age of 17. I loved every minute of every day. They were the best years of my life.

I was an HGV mechanic for 25 years. During that time I have held foreman, supervisor and workshop manager positions. I have owned and ran three 44 tonne artics of my own. I spent 1 year and 4 days in Riyadh, Saudi Arabia, 1996-97 as Heavy Equipment Workshop Supervisor.

For the last 10 years, I have been in the offshore oil and gas industry. I started off on the platforms in the UK sector of the North Sea.

The last 8 years was on pipelay and construction vessels as a Mechanical / Hydraulic Technician. It was a global position with lots of world travel. That all came to an end with the downturn in 2015.

NO, I don’t. I hated every working minute of the last 10 years!

I decided to change direction and do something I “wanted” to do. 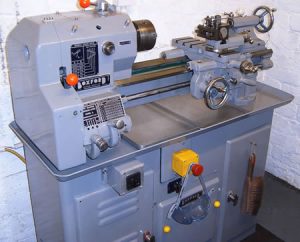 I have always been a keen cyclist and love bikes. Over the last few months I have taken up road cycling again, my wife has decided to join me. I hope my 8-year-old son will follow suit too.

I have a large workshop where I repair cars and motorcycles.

I have amassed 35 years worth of hand tools and equipment. The decision was made to invest in “bike specific tools” and start servicing and repairing bicycles.

I have always applied a QUALITY and not a QUANTITY philosophy.

I’d much rather do 5 jobs well instead of 10 jobs half! This inbuilt philosophy will be applied to YOUR bike.

I know I will never become a millionaire repairing bicycles.

If I can help someone to get their bike back on the road, or get their daily commute reliable, or build your child’s next bike for Christmas, I will be more than pleased.

I want to return to the days I still remember when “I loved every minute of every day”.

Hourly Rate or Fixed Price - No Job Too Small